Evolution of a book cover.

April 30, 2015
The proof is in! We do judge books by their covers. Not big news? Maybe not, but sometimes, those of us who try not to let the mundane, mortal and frivolous dictate our choices, it takes some convincing.
You’ll notice that “The Angel’s Song” ad that always appears at the top of my sidebar has a new, pretty cover. (Ironically, it’s most similar to the original cover designed by Amie Jacobsen when The Angel’s Song was first published in 2002.) But even the first version was designed by Amie to be a hardcover book with gold leaf embossing. When Granite published it in softcover, the fields intended to be gold leaf looked tan instead of gold. (After Amie designed this first cover, she went on to earn a Master’s Degree in Fine Art in Savannah. She was not pleased with the jumbled lettering on the cover and redid it for me for the self-published version.)

Granite went under and I retrieved the rights to publish the book myself.
We changed the background and the title format on the cover, added a couple of chapters and took care of some editing. But in trying to correct the beige spine wrap to look gold, it turned out really orange. I didn’t feel like I could ask Amie to keep editing when she was doing it as a friend. (ie free). The spine wrap didn’t fit the thicker books and spilled too far into the back cover.The lettering did look better on the second version.

It still sold at a pretty steady (albeit slow) rate as people found it on Amazon. Last year’s Mother’s Day promotion sold about 900 copies on Kindle. I was still dissatisfied with the clashing colors and spine issue, so I decided to try my hand in a completely different style. Some of the LDS customers objected that the Christmas ornament in the cover art had wings.(Doesn’t everyone have winged angel’s on their Christmas trees?) Maybe that was causing hesitation for some people?

As you can see, though I have some artistic talent, I’m not destined to design covers, (if I want them to sell.) This is a photograph of the proof I ordered. There are only two in existence. They’ll either be collector’s items or great table trivets.  Part of the problem was that the program I was using converted to Jpeg with such low resolution that it literally looks “sketchy.” You can hardly identify that the hand reaching to her is pierced, though it’s obvious in the original drawing.

So I decided to try the market with an absolutely plain cover. Red background, pale gold title.
It was an effective test.
I almost wish I’d tested the green one with the ghostly hand instead, because not one physical copy sold for 6 months! (Kindle suffered dramatically, too.)
I have my answer! Not even the lowest price possible will entice someone to buy an ugly book.
So after all the musing and manipulating, I have returned to Amie’s original art, and created a cover very close to what I wanted in the first place, sans orange, and with the gold background instead of a wrapped spine that was to imply that it was hardcover. It’s plain, but no worries about spine alignment. 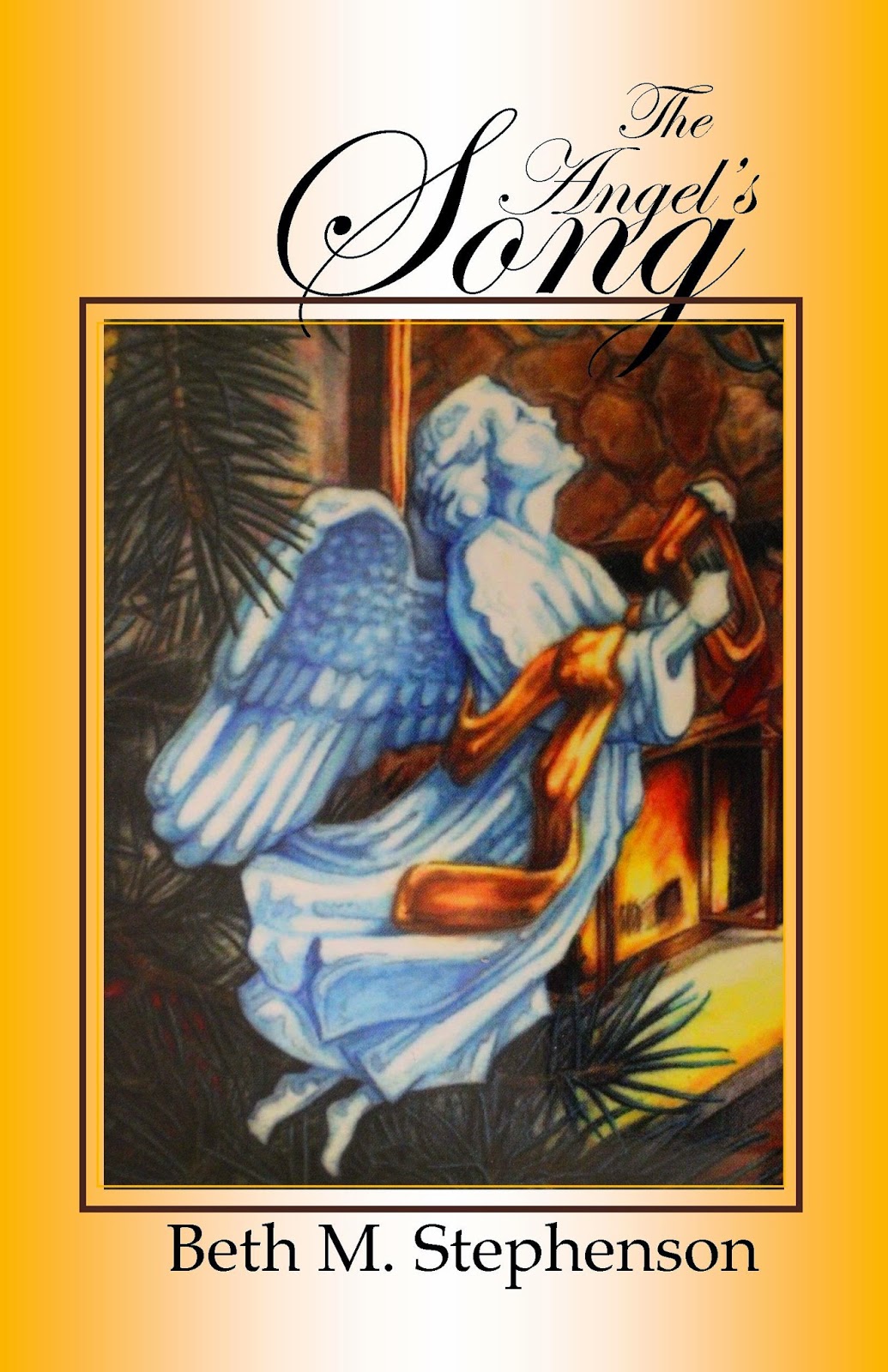 And so we’ll see! We’re doing a FREE Kindle promotion on Mother’s Day weekend this year, and we’ll see if the new cover snags more readers. If you want to check it out, the buttons in the side bar take you to Amazon for either book.
I’d love to use have my next publisher use Amie Jacobsen but I doubt that I’ll have much say in cover design. I’ve learned so much since I had my first book published, I will approach the process in a much more businesslike way. I now have two finished historical fiction novels, (“The Masterpiece is Christian Fiction set in early 1900’s in St. Louis MO, and the second and most recently written book is called “The Pig Wife” set in 1853 California gold rush boom town of Columbia. It’s a fun, romantic, tongue in cheek, and historically correct romp.) My biggest project is in the polishing phase. It’s called “That Thy Days May Be Long”. It’s a pre-civil war story set in Charleston and on a plantation on the Ashley River in South Carolina. It’s about a young woman trying to find her place in the world despite her ambiguous lineage. I spent about 5 years reading every slave narrative, plantation life and race related book/document I could find. We visited the plantations along the Ashley and spent some time with an anthropologist who was working with a team of archaeologists that were excavation the slave row behind Drayton Hall. VERY INTERESTING! Gone with the Wind  was far from the realities of slave relations. I think I have a good insight into the truths of that setting in time and place.  The plot of the novel will be billed as a romance, even though there’s a lot more going on than just the process of falling in love.
I also surprised myself by stepping out of historical fiction and writing a dystopian romance novella called Dexter and Eve. I’m quite tickled by it, though I just scribbled down the rough draft and will finish polishing “That Thy Days May Be Long” before I start working further on it. I dreamed the resolution of the plot and when I woke, felt that it was so powerful and interesting, that I couldn’t lose it. It took three days writing from dawn to dark (and beyond) and I got it all down. Now I’ve gone back and added some scenes here and there and have a few more to add. After such intense research for historical fiction, the futuristic genre is EASY! It’s very romantic, and loaded with interesting religious symbols. It’s currently titled “The Dexter and Eve”. The name “Dexter” was given in the dream and when I looked up the meaning, understood that it was symbolic of the character’s role. Yet I hadn’t know what the name meant before.  A strange and exciting experience!
I’m absolutely NOT going to write another book until I get some of these titles published. I’m publishing in other venues now to establish readership that will be attractive to a good, solid publisher.

I’d be grateful for your response to the cover evolution. What do you think of each version?
Which one would you be most attracted to? (I can take it. Give it to me on the chin.)

The kindle version of Rasmus, Tales of a Utah Cowboy will also be free over Mothers Day weekend, thanks to publisher, Shoppe Foreman. (The publisher designed the cover and I am pleased with it.)
Just between you and me, if you enjoy historical fiction, you’ll love Rasmus.  It’s based on stories Jay Anderson heard at his grandpa Rasmus Anderson’s knee and other people’s journals about cowboying in the Mountains of northern Utah in the late 1800’s. I took those stories and wove them into an overarching plot, being careful not to add anything to the stories that could not have happened. Rasmus Anderson himself never did learn to read or write but he was apparently a fine yarn-spinner!

TWELVE THINGS TO ADD TO YOUR PANTRY: PREPARE FOR EMERGENCIES

This site uses Akismet to reduce spam. Learn how your comment data is processed.

All I ever wanted to be was a wife and mother and my sweetheart Jeff and I have seven wonderful, intelligent, vibrant, funny, righteous, dynamic and hardworking children. But my little squirts grew up. Somebody invented computers and I found myself becoming a writer, too. I grabbed a degree (distance learning) from BYU in English and American literature because I believe that I need to know great literature in order to produce it. Now I am a novelist, a newspaper columnist, a blogger, a poet and a freelancer. When I'm not writing, you'll find me exploring the world, researching history, planting my garden, enthralled with a good book, experimenting in my kitchen, playing with my camera or working on Public Affairs for my Church. I'm a Mormon, yessiree, dyed-in-the-wool, true blue, through and through!

Chocolate Cream Centers | there is always something tantalizing inside